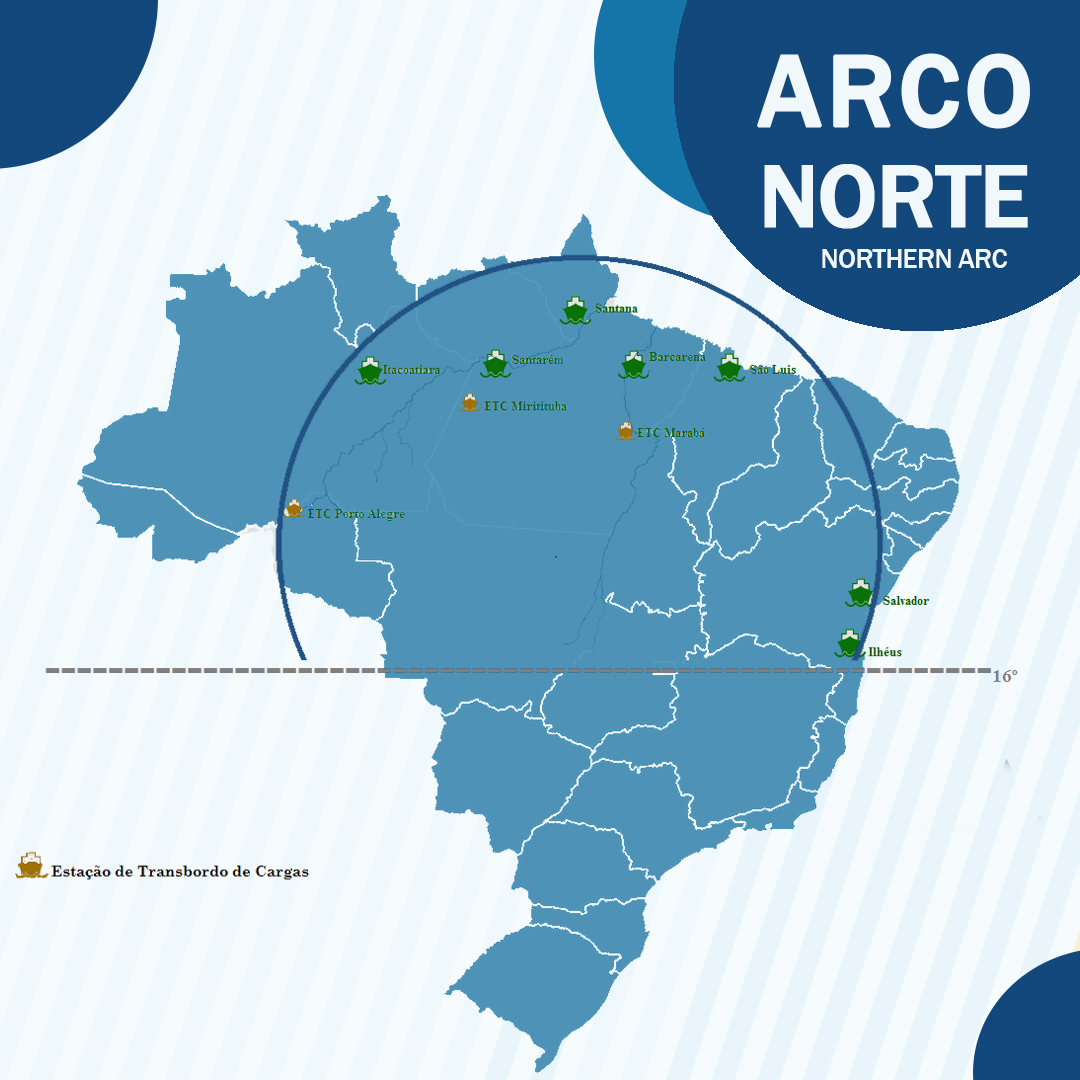 A person who doesn't know Brazilian logistics and ports, having only knowledge of Brazilian geography, would have no difficulty imagining the widespread use of waterway and cabotage transportation. Bearing in mind the profusion of rivers that flow through our territory, specifically in northern Brazil and our extensive coastline.

However, the flow of Brazilian production for a long time was done in a way that is very contrary to the advice of reason and intelligence, using primarily the South and Southeast grain ports. Meanwhile, due to successive records in our harvests, coupled with rising Chinese demand, has resulted in numerous bottlenecks in the already overloaded South/Southeast grain ports.

Consequence? Higher transportation costs and longer trips to production areas. Therefore, exporters began a search for viable logistics alternatives in other parts of Brazil. Thus, each year, the flow of grain through ports in the North/Northeast region has been growing substantially.

The ports above the 16° S parallel compose the so-called Northern Arc, covering the terminals of the North and Northeast. Since 2015, the Northern Arc ports have been the second largest exit point for soybeans and corn.

Obviously there are several obstacles and challenges to overcome. However, expectations are that the Arc North will export to 50% of the soybean from the state of Mato Grosso as early as 2023. Despite the obstacles, it is clear that grain flow through the Northern Arc is a path of no return and that the volume increase in the coming years is a fact.

Regarding the challenges of the region to be overcome, it is necessary to highlight that in 2016 a legislative consultant of the Brazilian Congress wrote a dense study regarding the North Arc, raising the region as the best logistics route for Brazilian grains.The study indicates in a practical and detailed manner all the difficulties and challenges of the region. It also proposes several solutions. The Legislative Consultant is nothing less than Tarcísio Freitas, the current Minister of Infrastructure, who has been working together to ensure better infrastructure for the Northern Arc.